The Asso­ci­a­tion for German Script and Language 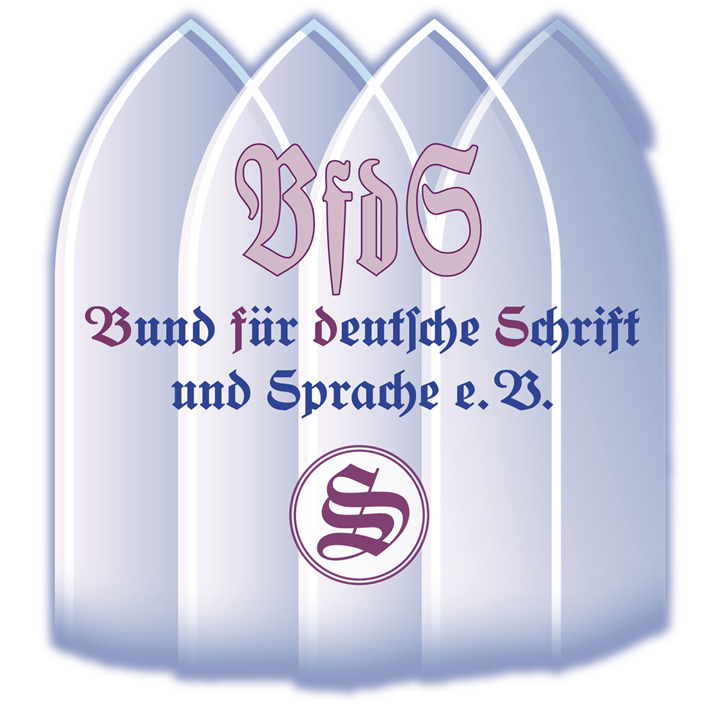 The Asso­ci­a­tion for German Script and Language has turned 100!

Since 1999, the BfdS has been working together with other language asso­ci­a­tions of the German-speaking world as part of the German Language Network – People for the Con­ser­va­tion of the Lin­guis­tic Diversity in Europe (′Netzwerk Deutsche Sprache – Bürger für die Erhaltung der sprach­lichen Vielfalt Europas′).

Want to learn more about the BfdS?

So far the main part of this site is only available in German. To contact us, please use the contact form.

We also invite you to visit our online store with many pub­li­ca­tions in or about the German typeface.

Finally, you may download our helpful script table, which provides a com­par­a­tive overview of the main types of German Script.